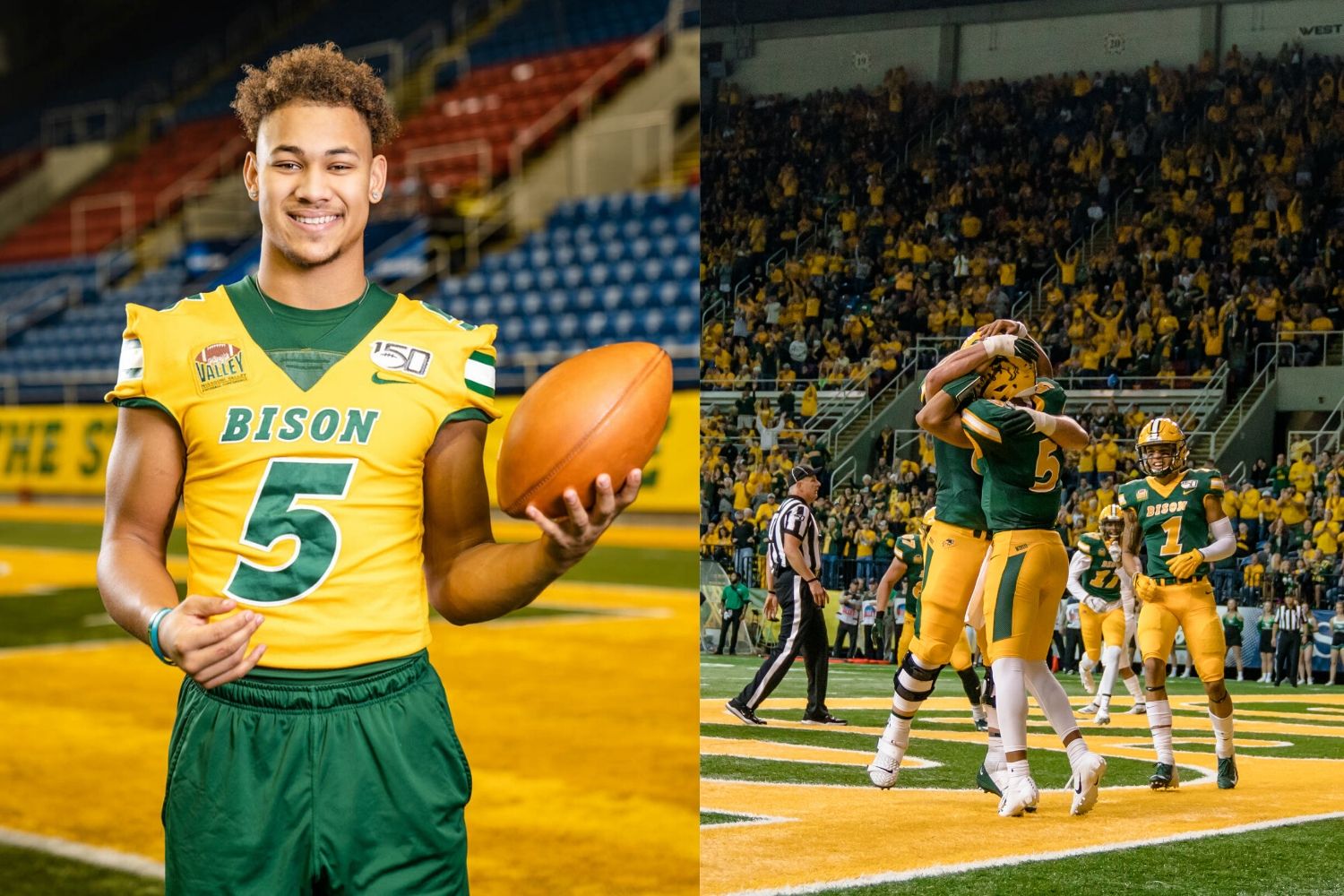 Freshman quarterback Trey Lance exudes positivity, which translates to his play on the field.

A negative attitude has a trickle-down effect in all areas of life. In sports, for example, one player or coach’s attitude towards a particular play or event can dictate an entire game. It is important to remain positive and upbeat, despite the potential for adversity at every turn. There may not be a better example of that than in sports and sports at North Dakota State specifically.

Freshman quarterback Trey Lance has an incredibly difficult task laid before him every week. He is expected to command an offense and help lead the football team to a victory every Saturday. Given the quarterbacks that came before him, some would say he had large shoes to fill. With a positive attitude and outlook on the situation, Lance thrived in his first year under center.

Lance was named the Missouri Valley Football Conference’s Offensive Player of the Year after the end of the regular season. Not only was he a threat through the air with a cannonlike arm, but Lance was also equally difficult to stop on the ground. He was one of NDSU’s top rushers in the 2019 regular season. The Bison went undefeated this regular season as well.

It is safe to say that none of that occurs if Trey Lance does not have the right attitude. The quarterback’s attitude can help or hurt a team immensely. With plenty of games left to be played in his Bison career, Lance’s positive attitude will attribute to NDSU’s success on the gridiron.

Definition: Positivity – The practice of being or tendency to be positive or optimistic in attitude. Which qualities would you say are key to being successful at North Dakota State?

Why did you choose those qualities in particular?

Out of those qualities, which do YOU embody the most and why?

I think I embody positivity the most. I do my best to bring positivity and energy to my teammates every day, especially when we are having a tough day, on or off the field.

How do you embody these qualities in the field of competition?

No matter what is happening in the game, or even just in a practice, I believe that positive energy changes everything and it’s contagious to your teammates.

What is the best piece of advice you have received in your time on campus?

Don’t take anything for granted, whether it’s a practice, a class, or a game.

In a few sentences, what would be your advice to young kids who strive to one day become Bison student-athletes?

Always work your hardest, and stay positive! No matter what you are going through on any given day, or what your situation is, don’t forget to take a step back and realize how blessed you are. Despite how much we all love sports, there are things in life that are so much more important in the grand scheme of things