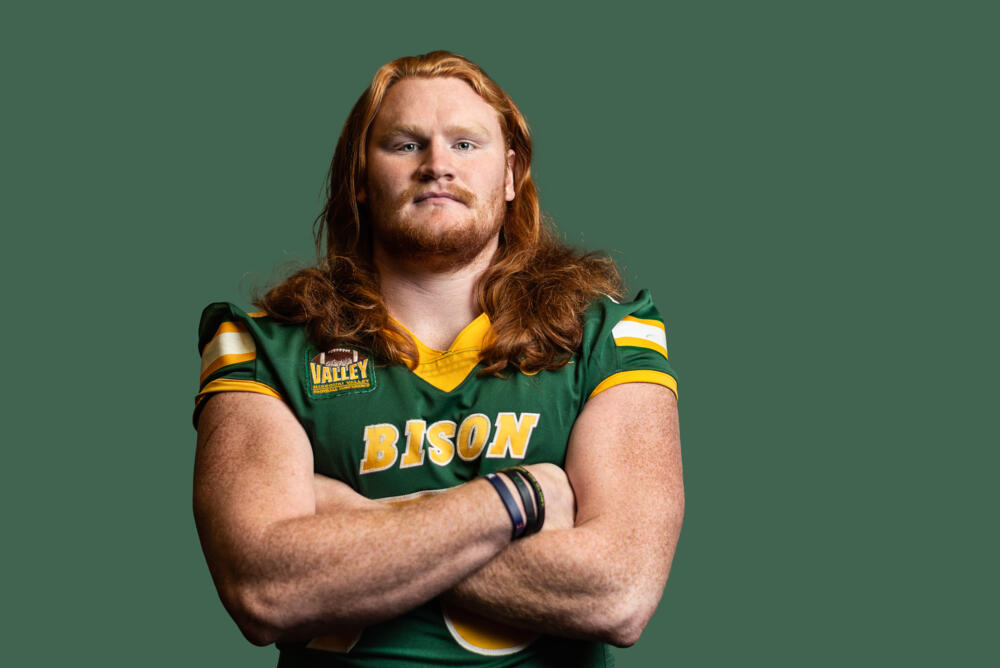 Pride of the Prairie: Cody Mauch

Hankinson is a North Dakota city through and through.

Hankinson is a North Dakota city through and through. With a population of 997 and a dependence on agriculture, it’s just the town to produce a player like Cody Mauch.

Mauch, a standout for the 9-man Hankinson pirates, received a lot of shine for his performance in high school. As a Pirate, Mauch finished his career with 1,072 receiving yards, a school record 24 touchdowns and the school record for sacks in a season and career. On the basketball court, he was an all-conference and all-regional player. In track & field, he qualified for the state meet as a thrower.

Yet, shortly after coming to NDSU as a preferred walk-on Tight End, Mauch found himself making the transition to a much less glamorous position, offensive line. And he embraced it.

When you were recruited, did they plan on using you as an offensive lineman?

No, I think the original plan was to use me as a tight end. But during that redshirt season, they saw that the weight was going on easy. I think I went from around 220 to around 260 that year. Then, I started taking some reps at tackle in the spring and we just made the transition.

It took a while to get meaningful playing time, were you ever discouraged, especially given the position change?

No, not really. It’s a very competitive program. A lot of guys don’t get any opportunities until their third or fourth year in the program. I would have been just a practice player for all five years if that’s what my role was.

Do you remember the first thoughts you had when you were told you had the opportunity to come play for NDSU?

Yeah, I was really excited. I immediately knew I wanted to come here. I’ve been following NDSU football my whole life and I know it’s a big deal to get an opportunity to play here.

How do you think growing up in Hankinson built you as an athlete?

I think it really just helped me develop a work ethic.

How did playing tight end help you in the role you have today?

I think it may have helped with my footwork a little bit. They’re sort of similar positions in that you’re blocking a lot. I’m just not catching as many balls now. Maybe that’s why they moved me, because of my hands.

Pride of the Prairie: Cody Mauch